Visit Us
All Skis
Explore Collection
The Escalator 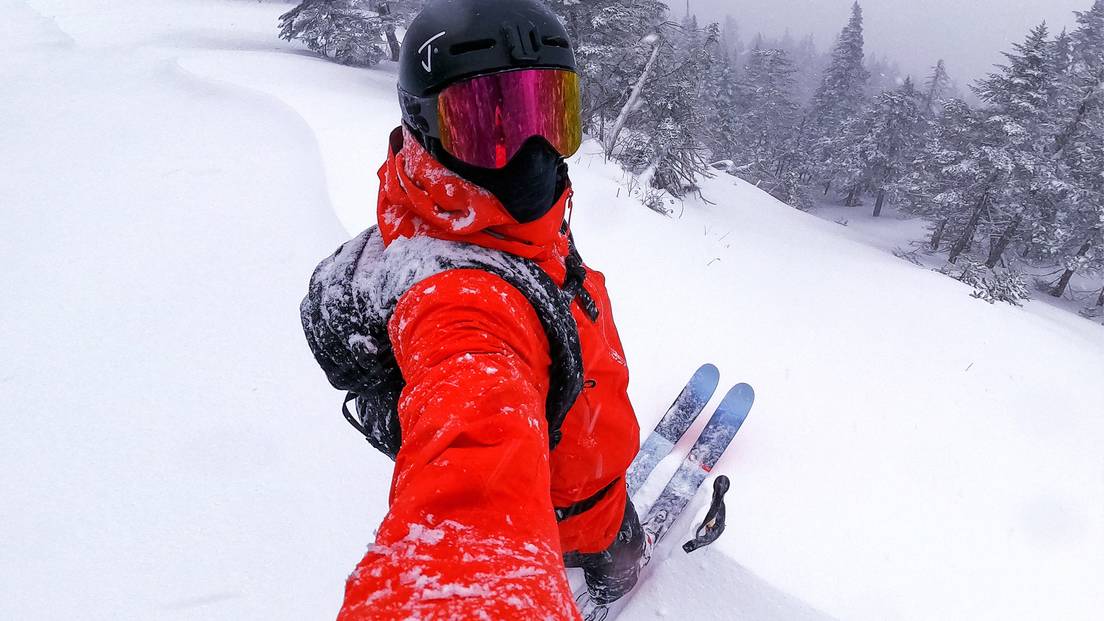 You’ll never get first tracks at Stowe… because Mike Hayes already beat ya to it! He’s at the top of Mount Mansfield before sunrise, but not just on pow days… wind, ice, sleet, rain, he always goes skiing as he says, “NO MATTER WHAT.”

This local legend stacks over 100 days a year, walking up over 2k vertical feet to the top in a mind blowing 32 minutes (check his KOM on Strava). By the time you pull into the lot for first chair, he’s already skied YOUR pow for hours! Then at 9am he switches out of his superhero costume to become the mild-mannered Global Head of Digital & Technology at Ben & Jerry’s ice cream.

For Mike’s graphic we reached out to our local friend Peter Cirilli, known globally for his pro snowboard photography. The top graphic is a combination of Peter and Mike’s own photos of Mount Mansfield, highlighting some of the legendary tree stashes Mike skis daily. The base was only fitting to make entirely red like Mike’s infamous bright red jacket. If you’re at the mountain early enough you may catch a glimpse of a tiny red figure in the distance, that’s Mike.

I'm only building 350 pairs of these Limited Edition skis and hand-signing and numbering each, take yourself to new heights with this soon to be classic before it sells out.