FREE POLES WITH EVERY SKI ORDER! While suppplies last... 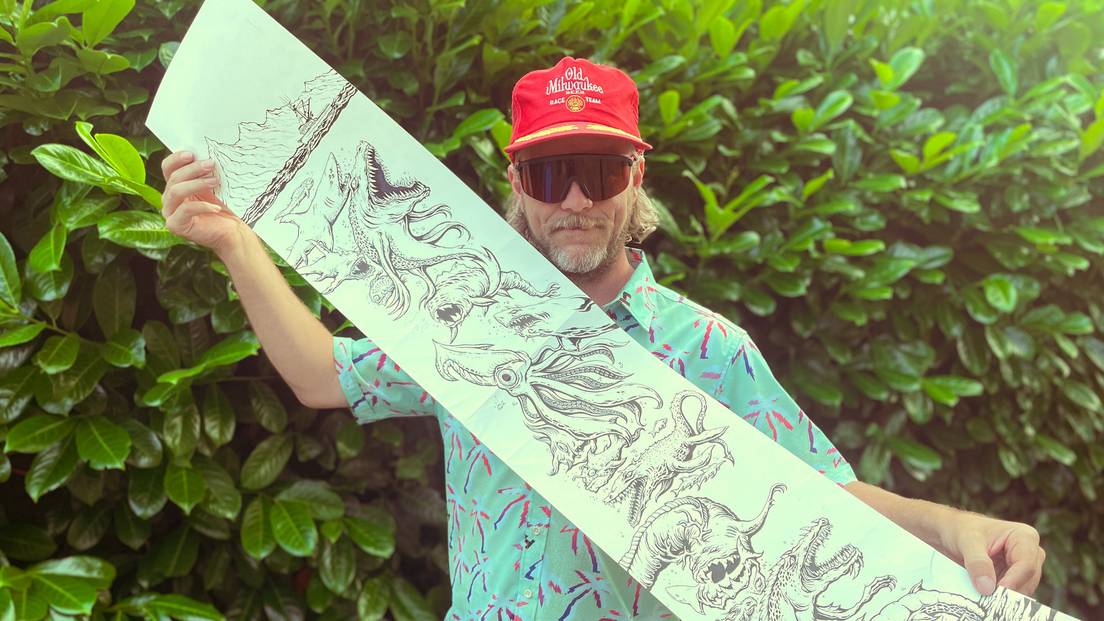 This is our fourth ski collaboration together and even after working with Ryan for years, his ideas and illustrations always blow me away! Unlike other artists, Ryan is from another dimension and occasionally travels back in time to our parallel universe to share sick and twisted views of his world. These illustrations give us a look at what lurks just below the surface.

As the legend goes in these parts, on certain days of the year, with Crystal Mountain lurking in the background, boats often mysteriously disappear. On this particular day the fishing boat “Mister Meowgi,” named after Ryan's cat, was peacefully pulling up the day’s catch, completely unaware of the dangerous world just below the surface. These sea creatures, previously thought to be extinct, can strike at any moment, sinking boats and eating the sailors on board. If you look closely at the tail of the ski you can just barely make out the names of the sunken boats… Bizzy, Scooter, MissMiss, coincidentally named after Ryan’s deceased cats.

This is the kind of ski graphic that skiers will move aside to make room for you in the lift line wishing they had graphics as dope as yours. Ryan’s last collab graphic sold out before the season even started. We're only building 450 pair of this new Limited Edition graphic and I'm hand-signing and numbering each pair so grab a pair of the “Deep” before they get eaten alive! Enter the world of Schmies here and go down the rabbit hole on his Instagram